Complex rehabilitation after a stroke

It means balanced and intensive courses of treatment and rehabilitation, allowing in a fairly short period of time (10-15 days) to get maximum results.

Affecting various links of the pathogenesis of the disease by using multidirectional therapeutic techniques, we fully realize the compensatory potential of body of the patient.

Neurological Clinics of Dr. Yatsenko is specialized in comprehensive rehabilitation of stroke patients.

Stroke is an acute disturbance of cerebral blood circulation, which leads to damage and death of nerve cells.

A stroke occurs when a blood vessel in the brain is either blocked by plaque, blood clot (ischemic stroke) or ruptures (hemorrhagic stroke). Once part of the nerve cells dies, the organism loses one of the functions these cells were responsible for, which results in paralysis, loss of speech and other serious disturbances.

The larger the area of ​​necrosis in the brain is, the more serious are the consequences of a stroke.

Stroke is the second (after coronary heart disease) cause of death worldwide, and the first cause of acquired disability in the United States and the European Union.

It is estimated that at least 25% of men and 20% of women with life expectancy up to 85 years are condemned to suffer from a stroke. About 20% of stroke patients die within the first 4 weeks of the onset of the disease.

The probability of stroke increases with age, but nowadays this disease is much younger. 40-year-old person with the stroke is not uncommon. The risk of stroke doubles with increasing of age for every ten years.

The risk groups include patients suffering from:

HOW IS THIS MANIFESTED?

Stroke often occurs early in the morning or late at night.

Facial drooping: a section of the face, usually only on one side, that is drooping and hard to move. This can be recognized by a crooked smile. Arm weakness: the inability to raise one’s arm fully. Speech difficulties: an inability or difficulty to understand or produce speech. Time: if any of the symptoms above are showing, time is of the essence; call the emergency services or go to the hospital. Describe to the ambulance dispatcher what exactly has happened a specialized neurological team to be ready. Lay the patient down; provide him or her with the flow of fresh air and rest.

Neurological Clinics of Dr. Yatsenko creates for each patient an individual rehabilitation program to regain functions lost after a stroke. Moreover, effective assistance is provided not only in the case of stroke, which occurred a few months ago. We get remarkable results also for the people who have turned to us in 5-7 years after the stroke.

Stroke results in a focus of dead nerve cells in the brain, position and size of which determine the degree of impairment of one or another function. Next and around this focus there are cells that are temporarily inactivated, “inhibited”. These cells should gain vitality. 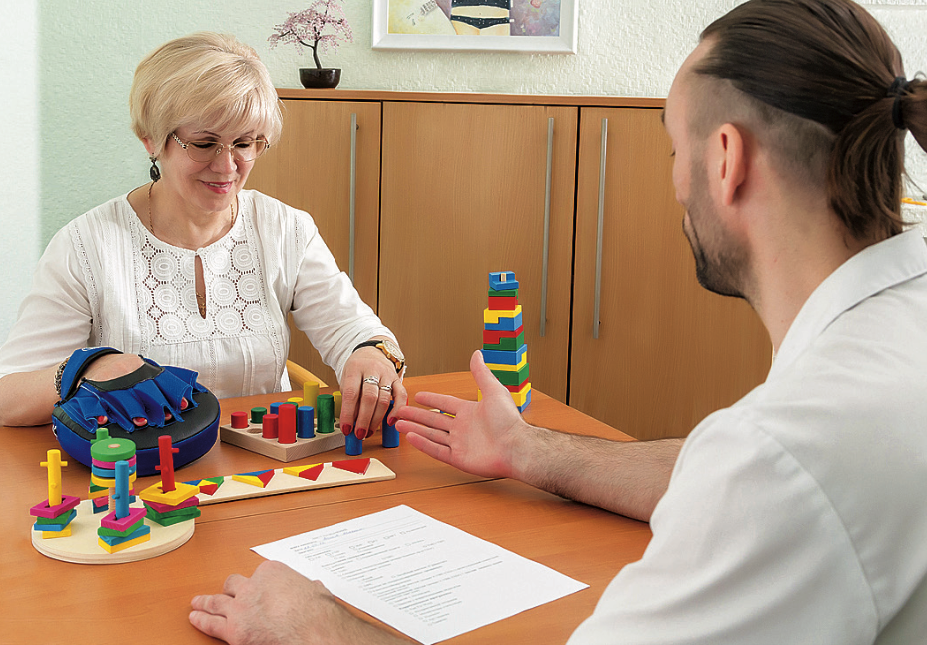 Until the 80s of the last century they were thinking that the human brain is unchangeable. The researches of the past two decades have shown convincingly that the brain can realign own self. This refers not only to developing child’s brain, but also to the adult’s brain.

It was found that there are cells in the brain that are ready to regroup and undertake the “responsibilities” of dead neurons. The ability of one part of the brain to take over the functions of another part is called neuroplasticity. This ability of the brain is associated mainly with the plasticity of synapses, through which neurons communicate with each other.

It is possible to “teach” the realigned cells working in new conditions only with a help of special neurophysiological techniques that are used in Neurological Clinics of Dr. Yatsenko.

This therapeutic and rehabilitation method is one of the most efficient technologies in modern medicine for the treatment of stroke consequences – Transcranial Direct Current Stimulation (tDCS).

The essence of the method is as follows: neurologist determines the localization of the affected areas of brain and by prescribing absolutely individual course of treatment, with a help of a very weak current makes healthy cells of brain to take over functions of dead neurons. This is the process of modelling of new functional connections in the brain.

The tDCS method increases the speed of recovery of the lost brain functions in 3.1 times.

Also nowadays scientists have proved that the brain is not only capable of reorganization (neuroplasticity, which we discussed above), but also produces new neurons at any age. Until 1998 it was believed that we are born with billions of neurons that die off gradually with age, and that the new cells are never created. In fact, we are born and die with millions of unused stem cells in our brain. The potential of these cells to be transformed into neurons exists throughout our lives, pushing the boundaries of what we previously thought was possible, especially in the field of stroke treatment.

To implement this ability of our brain Neurological Clinics of Dr. Yatsenko has a unique device-based technique – hypoxytherapy.

Hypoxytherapy ‘awakens’ the stem cells of brain, helping them to turn into new neurons, which take over the functions of dead cells.

Hypoxytherapy normalizes blood pressure, reduces the level of “bad” cholesterol by 40%, increases the number of functioning capillaries in the brain by 80%.

We should remember that stroke is a chronic disease, since over 50% of patients have it again within the first year. Unfortunately, this relapse occurs in a much more severe clinical form and 80% of cases end up with patient’s death. Hypoxytherapy is also very effective for the prevention of stroke and its recurrences.

Stroke leads to such serious consequences like paralysis or limitation of movements. The main method of rehabilitation of post-stroke patients with impaired movement in Neurological Clinics of Dr. Yatsenko are massage and physiotherapy (kinesiotherapy), the tasks of which is to restore the range of motion and strength in the affected limbs; function of balance; self-care skills.

Physical therapy classes should begin during the first days after a stroke, as soon as the general condition of the patient and the condition of his mind permit to do it. First, it is passive gymnastics – movements in all the joints of the affected limbs are being done not by the patient, but by the therapist.

Later exercises become more complex; patient is taught to sit on his or her own and to get up from bed.

Another complication appearing at a number of (in 15-20% of cases) patients in the post-stroke period (first 1-3 months), are changes in the joints of the affected limbs. Treatment in such cases includes physical therapy exercises and massage.

Normal motor coordination is possible only with highly-automated and common activity of a number of divisions of the central nervous system – the transmitters of deep muscle sensitivity, of the vestibular apparatus, of the cortex of the temporal and frontal areas and of the cerebellum (central organ of coordination of movements).

Interactive Metronome and Cerebellum stimulation (USA) help to restore the coordination of movements very effectively, and these methods are successfully used in our clinic. For each patient we selected an individual program, which is controlled by the rehabilitation therapist.

Aphasia is one of the most common consequences, which is observed in the majority of people who have suffered a stroke. Aphasia is a disturbance of the ability to use words to express one’s thoughts (motor aphasia). For the treatment of this disorder we have unique methods in our clinics: Interactive Metronome (USA), Transcranial Direct Current Stimulation (Russia), device-based logopedic massage (USA).

Sometimes the patient does not understand the speech of others. He or she looks like a foreigner in the country the citizens of which speak some unfamiliar language (sensory aphasia). Often such patients forget how to read and write. For the treatment of this problem we successfully use Tomatis (France), Fast ForWord (USA).

Disturbance of memory and intelligence impairment are found in 80% of stroke patients. The following methods are of help: Interactive Metronome, Tomatis, Fast ForWord, tDCS and others.